IDAS in partnership with UK Says No More

Home > Activism > IDAS in partnership with UK Says No More

On November 9th, IDAS were pleased to announce their partnership with the national campaign ‘UK SAYS NO MORE’.

UK SAYS NO MORE is a national campaign to raise awareness to end domestic violence and sexual assault. The campaign was developed by London-based charity Hestia and has attracted some prominent supporters including Women’s Aid, the White Ribbon Campaign and Mankind.

As the leading specialist domestic abuse charity in Yorkshire, IDAS support over 5000 people every year who are affected by domestic abuse and sexual violence.

Sarah Hill, CEO at IDAS said, "We are pleased to be part of the UK Says No More, national campaign to end domestic abuse. As the leading provider of support service to people affected by domestic abuse in Yorkshire we are keenly aware of the impact that domestic abuse has on families. This campaign can help to raise awareness of the problem and gives people the opportunity to come together to reject all forms of domestic abuse and sexual violence.”

Here are some pictures of IDAS staff taking part in the campaign.

For more information about how you can become involved email info@idas.org.uk or visit: http://uksaysnomore.org/ 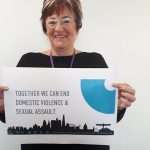 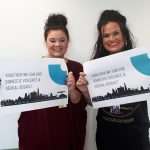